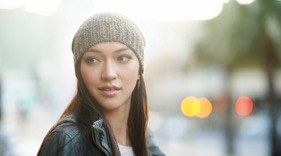 Are you facing an unexpected pregnancy near Southfield- Lathrup Village?  The staff at Problem Pregnancy Center will take the time to provide you with factual information regarding pregnancy options so you can make informed decisions regarding your pregnancy.

There is a lot to consider when you aren’t sure if you want to continue your pregnancy. We don’t provide or refer for abortions here. We equip you to make an educated decision. Before you know which direction to go, it’s important to verify that you’re actually pregnant – and that the pregnancy is viable. A pregnancy test can’t do that. Only an ultrasound can. We can do that for you for free.

If you are sexually active and are concerned that you may be pregnant, please call to learn more about our services. We will answer your questions and provide you with the information you need. If you are pregnant, you may qualify for a limited ultrasound at no cost to you. All of our services are free and confidential.